This recipe jumped out at me the first time I read it, but I know that Hubby doesn't exactly love French toast. I also knew that I'd be seeing Momma in a couple months, so I bookmarked this recipe to make "with" her when I went to visit. I wasn't disappointed.

You can find the recipe for Croissant French Toast with Fresh Strawberry Syrup on page 122 of your all-new ultimate Southern Living Cookbook.

Start by making your Fresh Strawberry Syrup. Slice some strawberries, add some sugar, orange juice or orange liqueur (we used Triple Sec), and orange zest. Let stand until sugar dissolves (I stirred it every few minutes just to check on it, though I'm not certain it sped things along), then cook until warmed through. If you are accustomed to the ridiculously thick corn-based syrups, syrup will seem like a bit of a misnomer as it was quite runny, but it was delicious nonetheless. Whilst the sugar is disolving, make your whipped cream. 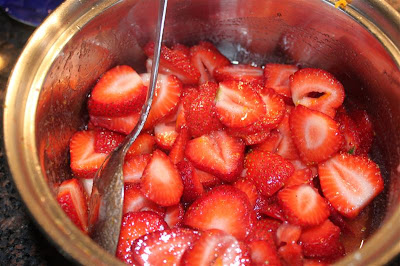 We debated the whipped cream. Momma would be icing a wedding cake the next day, so she was a bit nervous about messing up the kitchen and had a tub of whipped topping sitting in the fridge. I balked. Neither of us particularly care for whipped topping, whipped cream is super easy to make, and I promised up and down that I'd clean the kitchen if she let me make the whipped cream. She agreed (ended up making it herself), and thanked me for it later! (Place whipping cream in bowl, using a hand mixer beat until soft peaks form, add a little powdered sugar, beat again until hard peaks form, chill.) 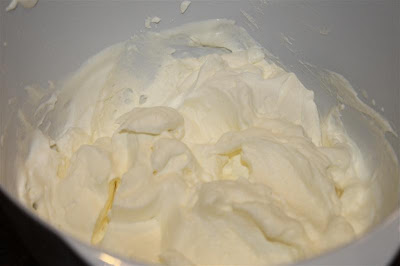 With the whipped cream and syrup out of the way, you can concentrate on your French toast, which takes very little effort. Whisk eggs, milk, and vanilla together. Dip halved croissants in the mixture, place on buttered griddle heated to 350 F, cook a few minutes on each side. Assemble to your liking. Done. 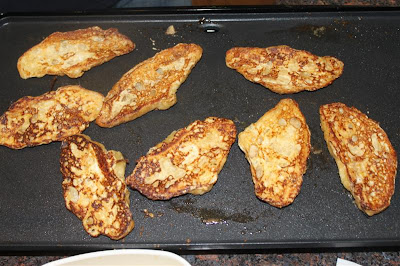 The recipe calls for a skillet, but the griddle can do everything at once, so we took that route. Did I mention we had a four-year-old and twenty-month-old running in and out of the kitchen while we were doing this? Needless to say, we took the fast option when it came to cooking the French toast. The twenty-month-old loved her French toast topped with blueberries and regular syrup (we weren't giving her our spiked Fresh Strawberry Syrup... it was too good to share), but the four-year-old refused to try it, so she had a peanut butter and jelly sandwich instead. More for us! 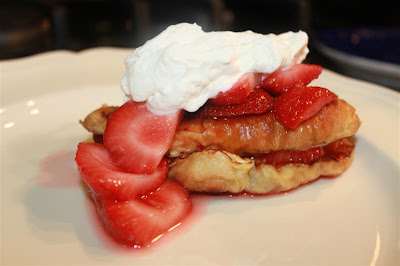 Note: you can definitely taste the orange in the strawberry syrup, and we loved it! The combination added a nice depth that you wouldn't get from the strawberry alone. Oh, and if you get annoyed that the recipe calls for only half the container of whipping cream, make it all and add some of it to your coffee! Yum! 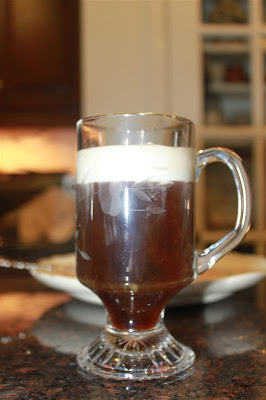 For Tabitha's Take on Croissant French Toast with Fresh Strawberry Syrup, head on over to Double the Garlic! 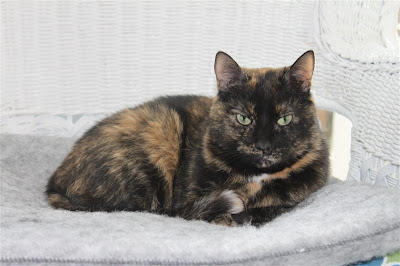 What's more exciting that yummy French toast and coffee? Getting to see my beautiful Lorelai for the first time in 9.5 months! I'm loving that my SLR doesn't give her scary eyes when I use the flash.
Posted by Melanie at 11:00 AM